Every day the geography of our userbase grows. Of course, we are as happy to welcome every new portfolio on Tilpy as we were excited to get our first users months ago. However, in some cases our joy is even more complete - it's when we get registrants whom we already knew for a long time. I met Dmitry Novitskiy years ago and not even through photography. We became good friends well before he moved from North Russian city of Petrozavodsk to Munch, Germany. I saw this avid blogger and traveler with his Canon gear on more than one occasion, so it was also surprise to myself to learn about his new passion. Today we will have a chat about a genre that gets more and more popular every day - aerial photography.

Well, this genre is not entirely new - the humankind started taking pictures from above soon after invention of machines that defy gravitation. However, you needed to rent a helicopter or a small airplane to do aerial photography, when today it's enough to just buy a drone. Is it so and we are about to see the revival of the genre? Will the internet be flooded now with heaps of great aerial imagery?

Aerial photography became much more affordable indeed. It's really easy to get a drone nowadays - you choose the one you like online, pay for it and it gets delivered to your door a few days later. I guess this ease of getting one will lead to eventual devaluation of impression from seeing the "images from above", as they become a new norm and won't excite as much as earlier.

So, are we expected to see the quality of the images going down because of many amateurs entering the market? This reminds me what happened to photography in general after processes got digitized and after sudden arrival of affordable DSLRs.

I am not that sure about great influx of amateurs, however I can follow the comments that I get to my own works. Sometimes I get a feedback like "hey, that looks the same as so many pics on the internet, while I can't see your own style in them". Definitely, the uniqueness of aerial photos will degrade and it will devalue the genre to some extent. I am afraid it's inevitable.

I will come back to the topic of many new enthusiasts coming to aerial phtorography out of the blue. I imagine that unregulated filling of our skies with flying devices would eventually bring chaos. There must be some laws to control (and maybe even forbid?) the drone traffic or at least some tendency to create them. I remember there was a photo of "No drones" sign in your Instagram, which was taken in the area of Golden Gate bridge, right?

This is very specific to every country. In this sense, I am happy to live in Germany, where the legislation is rather liberal towards the drones. Yes, you need to register them (that's something I'm completely agree with) but the procedure is trivial and notificational: you fill the form, sign it and send to the bureau that processes it. After that you can take your drone off the ground. There's a small catch - if I would move from Bayern to another federal land, I would need to repeat this procedure. That's not my plan, though, as I stay in Munich. On the other hand, I can leave my Phantom at home when visiting neighbouring Austria and Czech Republic, because their procedure to get flying permissions is much, much harder. It's said they wanted to introduce strict regulation in Russia but made up their mind at the last moment and you can still fly there. In US, registration is mandatory, but you can do everything online and under 10 minutes - I wish it was that easy everywhere. And yes, there are number of places where you can not fly - in some cases, it's defined already in the software that runs the drone. For example, I can't take off my drone when I'm near the airport. It's forbidden to use drones in National Parks - to avoid disturbing the animals. It's not allowed to fly above the people, so the best time to make aerial shooting of any city is the early morning, when the streets are still empty. 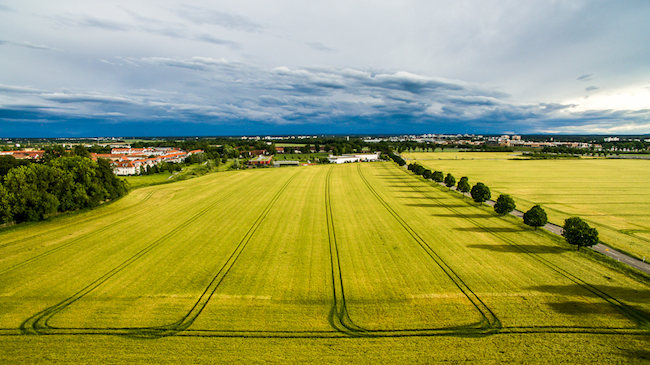 Is there already a competition for a best place to fly, or there's still enough space for everyone?

A couple of times I waited until other people finished their flights in the places that I was interested in. Speaking again about the no-go zones, I was indeed annoyed by that sign at the Golden Gate. I think that as always, Americans are afraid of terrorist attacks at their iconic landmarks. Even though I can't really imagine the swarm of drones loaded with explosives heading to the bridge in the morning fog [nods sarcastically].

I bet many of our readers would be excited to learn about the technology. Besides having a camera, a drone definitely has flight characteristics to consider. What do you use yourself?

Well, I don't have anything special to brag about - I use the standard camera of my DJI Phantom. No special photo gear. Technologies made an increadible leap during the last 2-3 years - it's now possible to control a device (and get a stable video signal from it) at a distance up to 2 kilometers, regardless of the high radio noise of urban environment. Phantom series hardware were designed to fly as high as 800 meters but later the max height was limited to 500 meters with the software. However, real ceiling is set by the legislation, and usually it's just 120 meters. Battery of my Phantom provides up to 30 minutes of flight and this is a very good result. 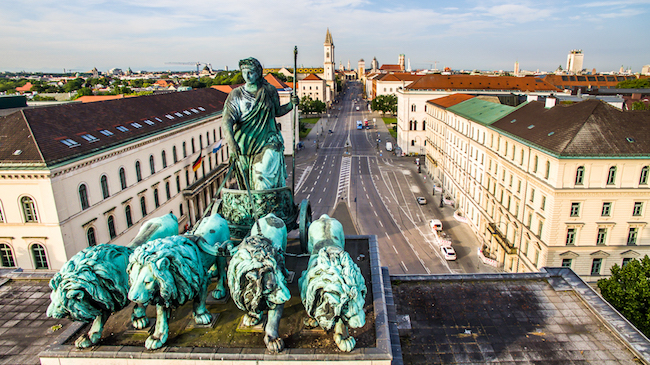 I remember your another Instagram post where besides holding a remote control you were also wearing a strange helmet. What's that?

That's a VR-helmet. Of couse it's a toy, but a really cool one. There are totally different feelings when you not just watch the recording on screen, but really look from the above as if you are on board. You can change the direction of the camera with a movement of your head - it's cool but it has nothing to do with the photography per se.

What do you like to shoot? What's challenging (I remember you complaining about waking up before sunrise)?

It's always interesting to shoot the objects that everyone knows from a completely different angle. When you publish unorthodox views of these objects, this produces a wow-effect. Challenges? For me personally, it was rather psychologically challenging to shell out 1000 euros for something that can crash or get lost at any moment. I waited for about a year for a model that would have an attractive price and at the same time would not require hours of do-it-yourself tuning. I looked at many models but could not really find a competition to DJI devices (I've heard about Xiaomi announcing a budget line of drones with similar characterisics, but nothing is sold yet). There's a dilemma: the longer you wait for prices going down, the bigger is the risk of aerial photography space getting oversaturated with people. It can also lead to more cases of drone-related accidents that might even lead to eventual ban of using them. So I solved this dilemma about a year ago by buying myself a Phantom, to fly while it's still allowed. 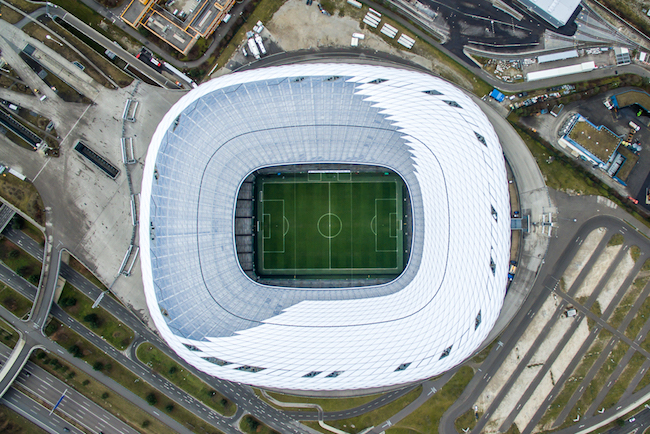 Thanks for the interview! Please summarize your feelings now.

The man always wanted to learn to fly, so I am happy that during my lifetime the technologies reached the point when you can get high into the sky even without a physical takeoff. It's the feeling you can't tell about, you need to experience it yourself. Even photography is secondary to that. 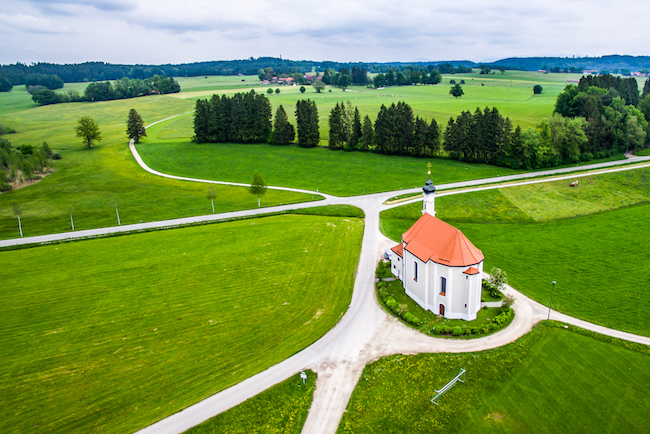